KH Engineering Services were awarded the opportunity to be the Principal Contractor for installing Solar PV panels across four railway depots on behalf of Southeastern Railway Ltd in line with their environmental responsibility.

Southeastern required a design and build installation of intelligent solar photovoltaic panels across the roof of Gillingham depot.

The depot is a heavy user of power so implementing the use of panels subsidised the power consumption dramatically, and provided income through the Feed-in Tariff when demand is low.

The client required the works to be completed in a hostile rail environment whilst working towards a tight time-frame. The design and installation would require future maintenance works and implement safe methods of work for PV panel upkeep. 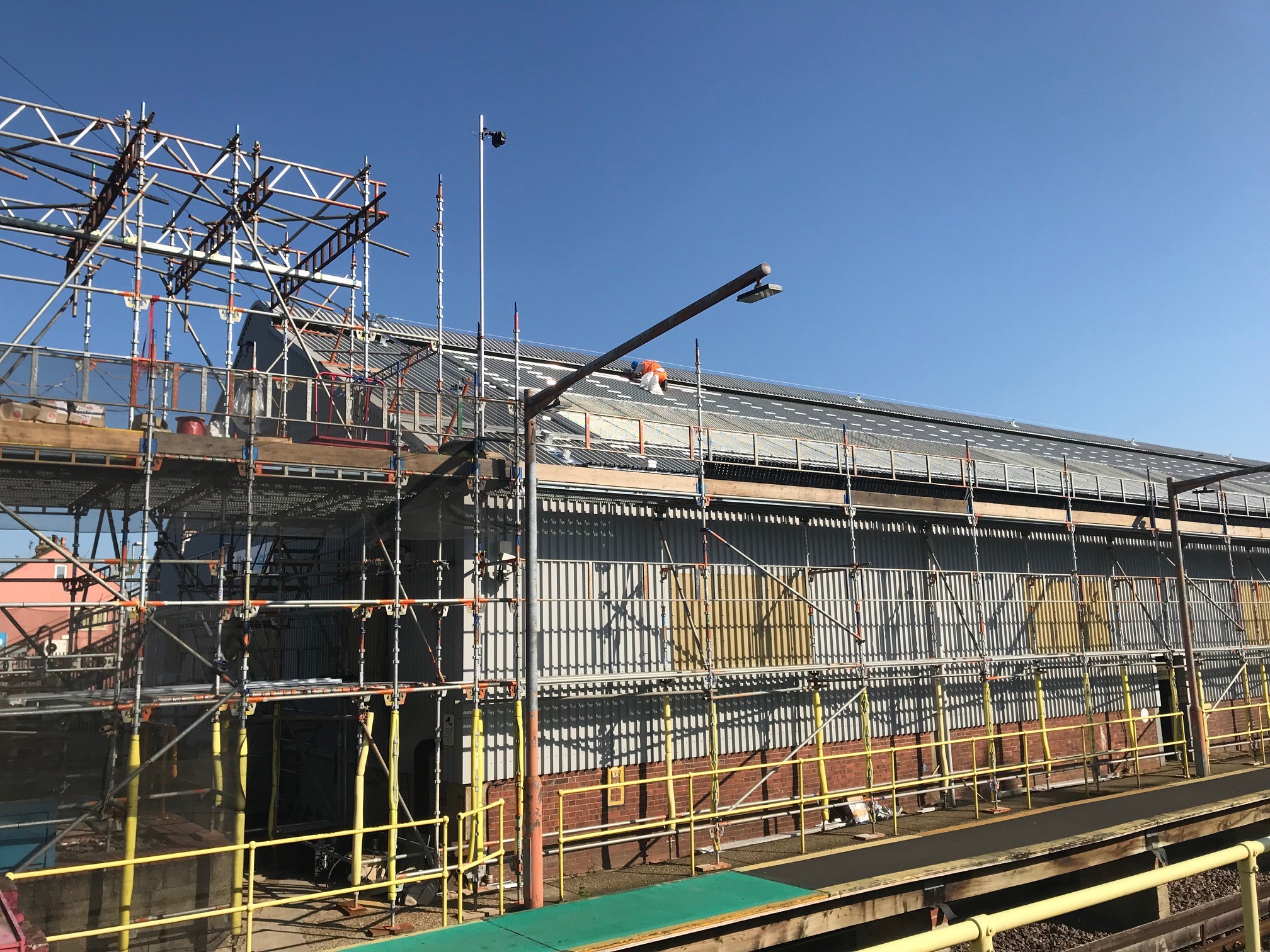 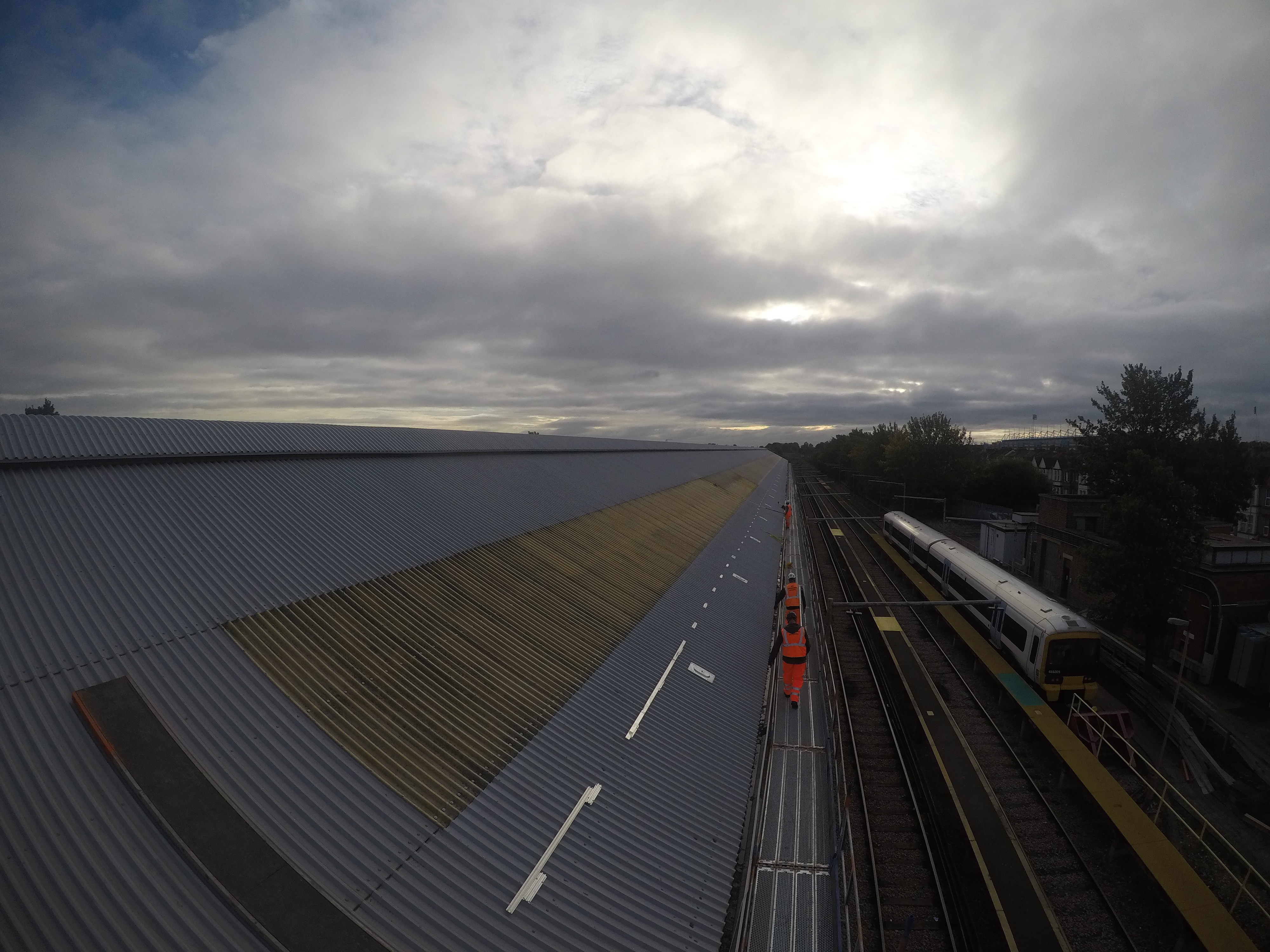 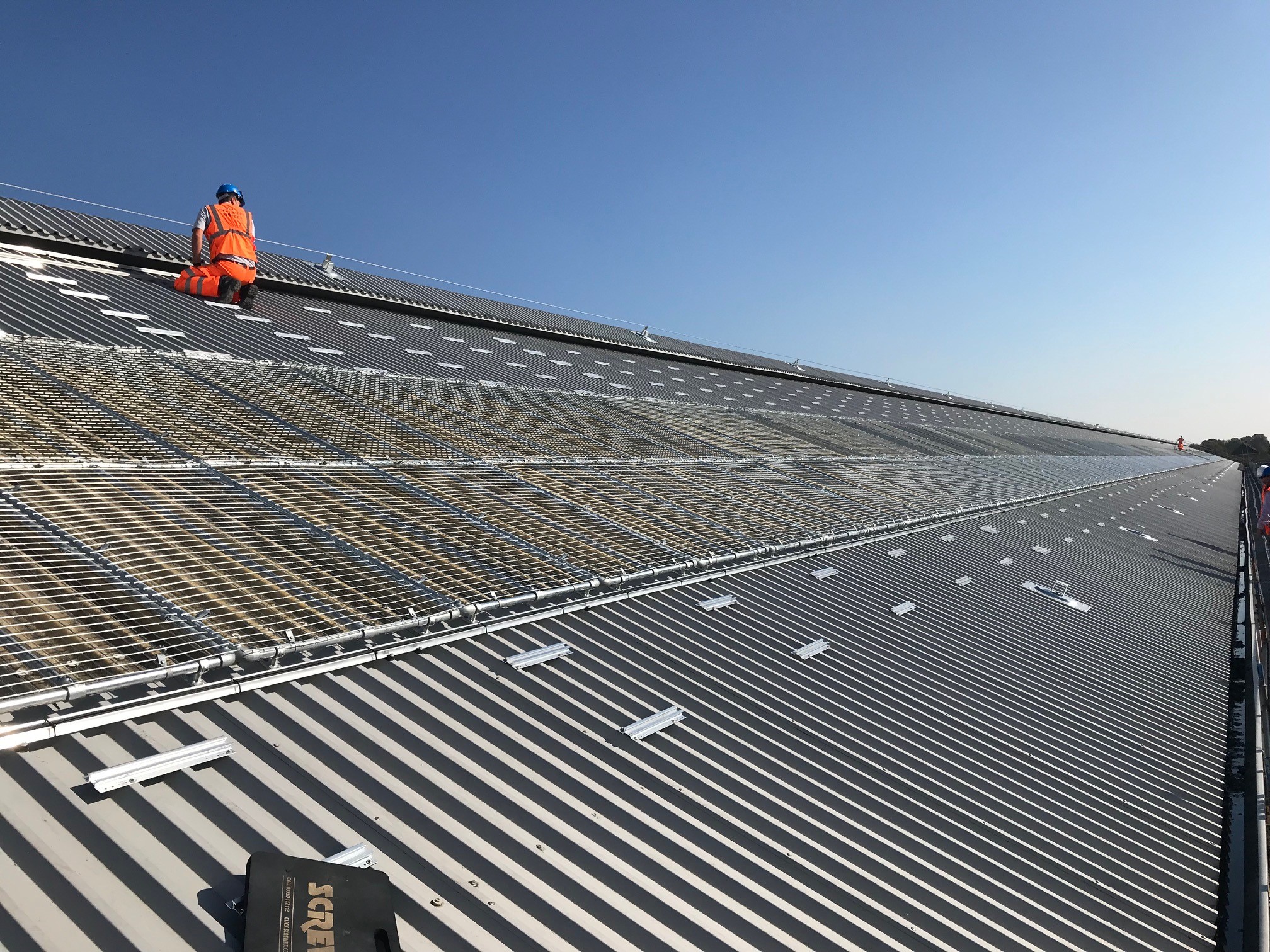 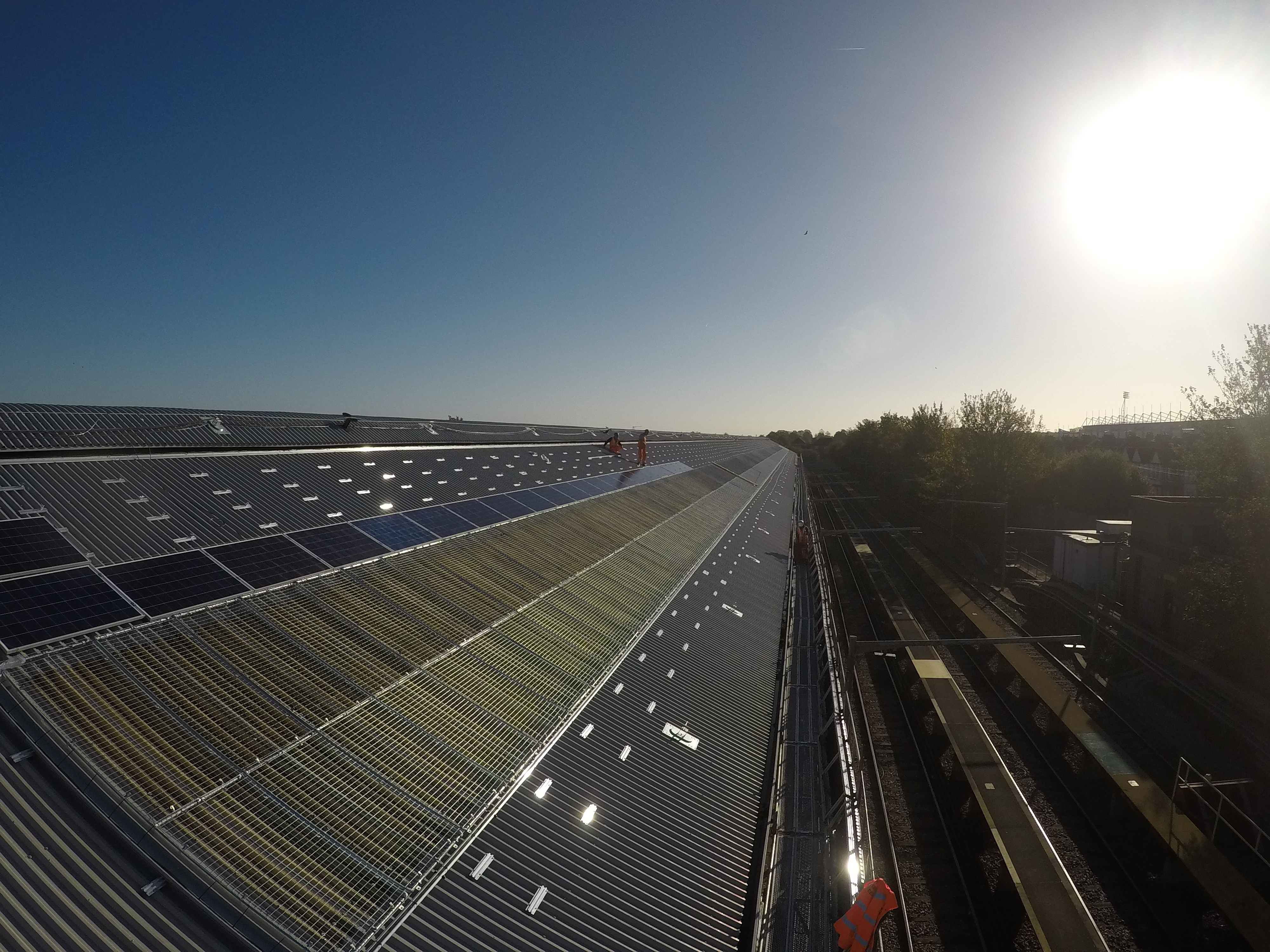 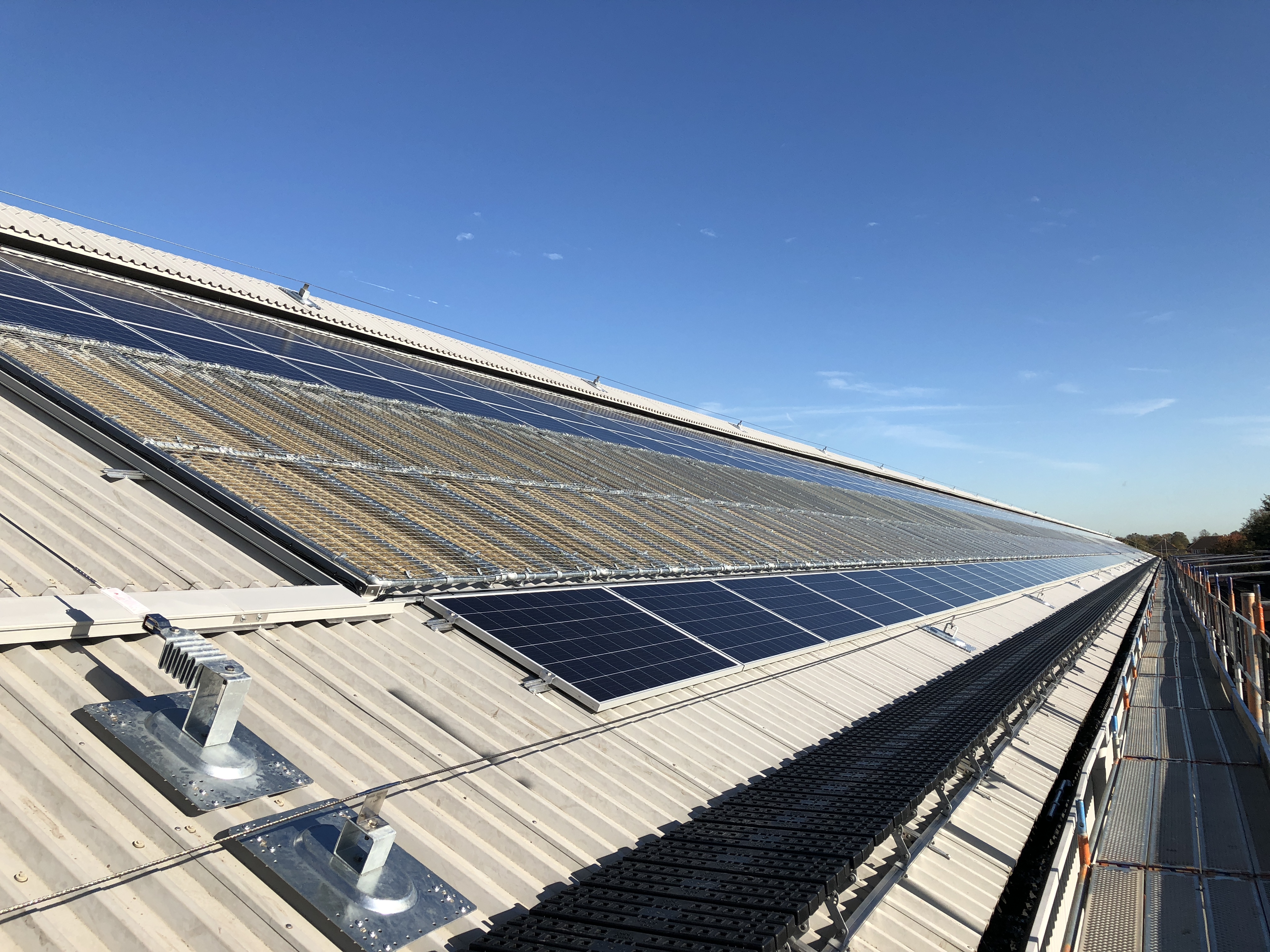 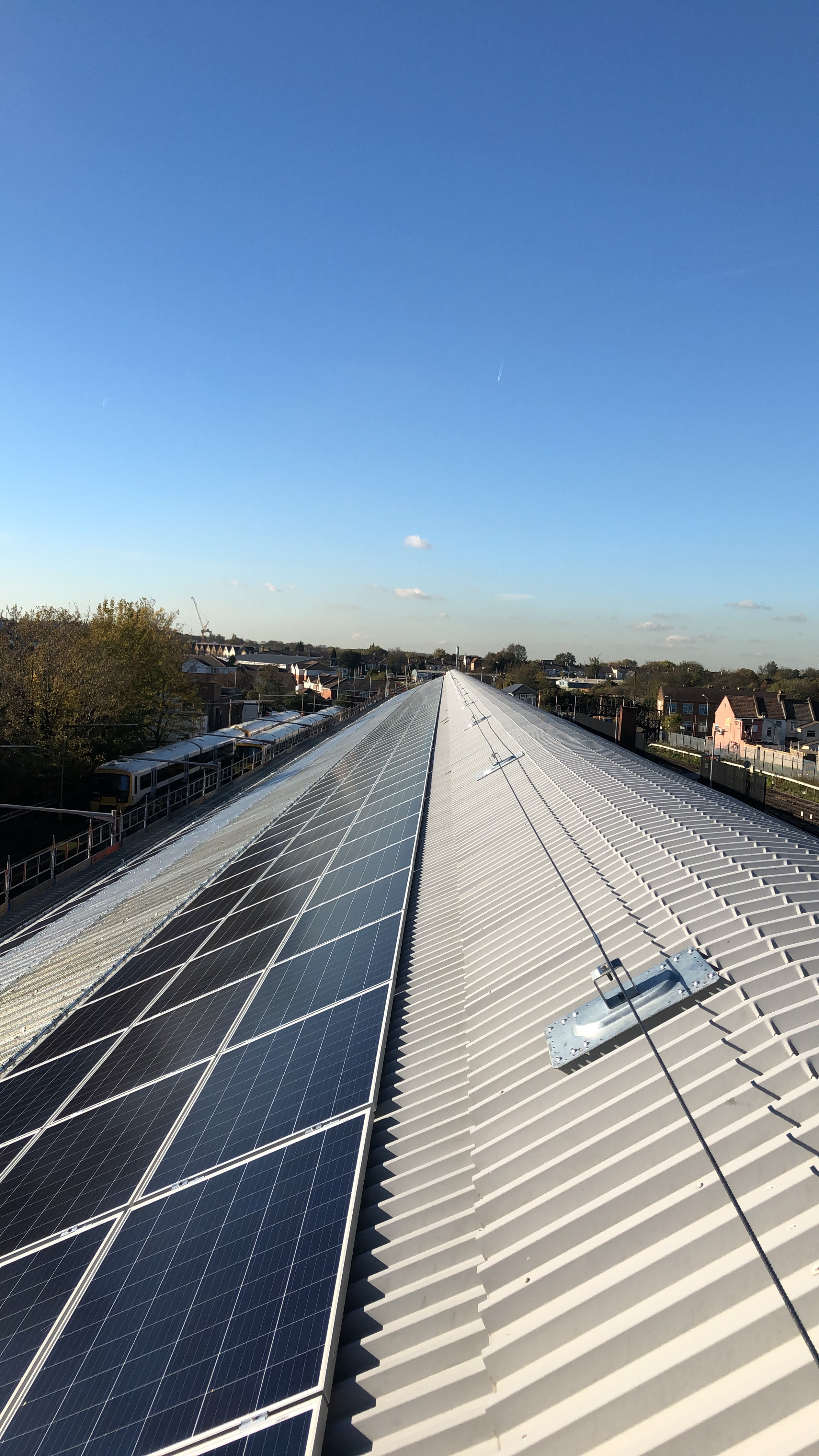 Issues and delays to the project:
• The depot remained in operation during the installation.
• The project had stringent time frames.
• The steep gradient of the roof.
• Limited access for loading materials.
• Weather considerations when rainfall occurred.
• Structural issues concerning the additional weight.

KH Engineering Services provided time lapse equipment to capture the project from start to finish. Additionally, the client received quarterly output reports which updated the client on the health and performance of the PV panels. The reports also provided an insight into some detailed energy saving equivalents including the comparable amount of kettles boiled, equivalent vehicles removed, and trees planted.

During the pre-construction phase, Gillingham Depot was considered to be the most trying installation of all four depots due to the steep roof gradient. It was also identified that the Depot’s steelwork was not capable of taking the additional load of the PV panels. Extra reinforcement brackets were installed to support the steelwork.

Proactive considerations to a change in season that would see weather become unfavorable, KH Engineering Services were able to schedule tasks strategically allowing non-working roof days to be productive.
As predicted, weather conditions worsened and there was a loss of installation time. A combination of rain and freezing temperatures resulted in areas of the roof being covered in ice.
During these unworkable periods the installation team were able to continue with low level and electrical works including the installation of the walk way.

KH Engineering Services delivered the 504 Solar PV installation at Gillingham Depot with no accidents or injuries, and within the programme duration allowance.